How to Use FACE ID Recognition on Xiaomi Phone (Face Unlock) 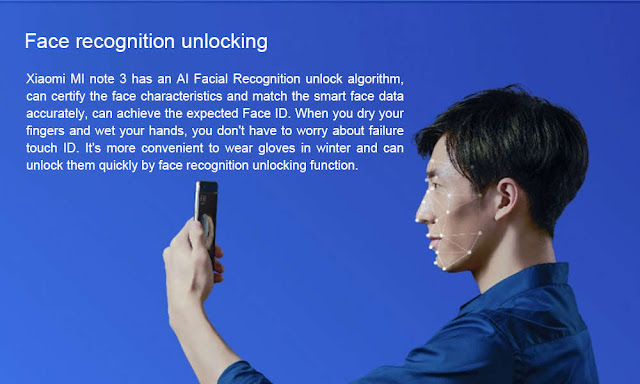 Here is how to use face ID recognition feature in Xiaomi smartphones. With this, we can unlock our smartphone just by facing the smartphone screen with our face.

There are many features offered by Xiaomi on their custom OS (MIUI) one of them is Face ID Recognition, a feature to unlock the smartphone with our face or face. Just need to face the screen (front camera) to our face and it will unlock.

This is not a new feature, there are several other smartphone brands that already use it. But that does not mean this feature is an old feature because in general this feature is only owned by premium smartphones (high-end) such as Samsung & iPhone.

Also read: What is and How to Use SECOND SPACE on Xiaomi Phone

Before proceeding to the way or tutorial to use face ID or face recognition feature in Xiaomi Smartphone. It's good we know the terms to get or use the feature unlocks the smartphone with this face.

The first requirement is our Xiaomi smartphone has been using MIUI version 9 (or later). We have never had this feature in the previous MIUI (MIUI 8). If anyone can use this feature in MIUI 8 you can share your experience in the comments field.

The second condition is base OS or main OS has been using Android version 7 (or later). Android 7.0 is also called Android Nougat. Although this feature already exists in Android version 5.0 or Android Lollipop but in Xiaomi smartphone requires special settings.

Lastly, make sure the front camera on the smartphone is still functioning properly because the system receives information through images captured by the front camera (not by the phone screen).
Hopefully, the above conditions can answer questions such as "why on my hp Xiaomi no Face ID feature?" or "already MIUI 9 but Face recognition feature still not found?".

This feature is not really recommended by Xiaomi because of its security issue. We are warned that the face recognition feature is not very secure because if there are people who have similar looks (face) may be able to open our phone.

Also read: How to Hide and Unhide Pictures on Xiaomi Smartphone

We practice it with Xiaomi Redmi Note 3 Pro (MIUI 9 Stable with Android Nougat) and successful on the first try. :)

After all the above settings are met. Then we can directly test the face recognition settings. Turn off smartphone screen (lock). then press the power button (to make the screen turn on). Then align your screen with your face.

If your smartphone open your Home Screen, then you are successful. If the phone still not open then it may fail the setting or the condition of the room lack of light so that the camera can not capture a clear image for the process.

Is fingerprint still work after set the face ID recognition?

The answer is, YES!. We can unlock smartphones in various ways, using faces (Face ID), using fingerprint sensor or using PIN, Pattern, even password that we have set before.

Is it the same Face ID Recognition as owned by iPhone X?

The answer is, No!. Despite having the same name and procedure (unlocking phone with face) Please note that the system used is very different. On the iPhone X, facial recognition system has several additional devices such as IR sensors and other better parts.

This Sensor can ensure and match the face in 3 Dimensions (3D). So if we display photos of smartphone owners in front of the camera then it will not be able to unlock the smartphone.

Regardless of the security system that is no better than the fingerprint system, users of the Face ID Recognition feature is still a lot and still growing (we think). The choice is in your hands with all the advantages and disadvantages that we have described above.

If you have questions or other opinions about how to use face ID recognition in Xiaomi you guys can put it on the comment box as usual. #beWiseUser !.

Acer,1,Adobe,7,Android,15,Apple,9,Artificial Intelligent,1,ASUS,5,Automotive,29,Biography,2,Blackberry,3,Blogging,4,Design,4,Entertainment,1,Facebook,2,Finance,13,Formula 1,11,Gadget,15,Games,41,Google,4,How to,97,Internet,5,LINE,1,Microsoft,3,News,103,PlayStation,4,Review,31,Samsung,12,Smartphone,17,Social Media,1,Software,11,Sony,5,Sponsored Content,2,TikTok,1,WhatsApp,8,Windows,4,Xiaomi,23,YouTube,15,
ltr
item
ri-Techno: How to Use FACE ID Recognition on Xiaomi Phone (Face Unlock)
How to Use FACE ID Recognition on Xiaomi Phone (Face Unlock)
Here is how to use face ID recognition feature in Xiaomi smartphone. We can unlock our smartphone just by facing the smartphone screen with our face.
https://1.bp.blogspot.com/-aAd7xx0ubYc/WtYyRaWlUlI/AAAAAAAAElw/-dDVF-EqAgARFlRKnRlQgtQWpHCt0FAsACLcBGAs/s640/How%2Bto%2BUse%2BFACE%2BID%2BRecognition%2Bon%2BXiaomi%2BPhone%2B%2528Face%2BUnlock%2529%2B%25281%2529.jpg
https://1.bp.blogspot.com/-aAd7xx0ubYc/WtYyRaWlUlI/AAAAAAAAElw/-dDVF-EqAgARFlRKnRlQgtQWpHCt0FAsACLcBGAs/s72-c/How%2Bto%2BUse%2BFACE%2BID%2BRecognition%2Bon%2BXiaomi%2BPhone%2B%2528Face%2BUnlock%2529%2B%25281%2529.jpg
ri-Techno
https://www.ri-techno.com/2018/04/how-to-use-face-id-recognition-xiaomi-phone-face-unlock.html
https://www.ri-techno.com/
https://www.ri-techno.com/
https://www.ri-techno.com/2018/04/how-to-use-face-id-recognition-xiaomi-phone-face-unlock.html
true
8051170434734761451
UTF-8
Loaded All Posts Not found any posts VIEW ALL Readmore Reply Cancel reply Delete By Home PAGES POSTS View All RECOMMENDED FOR YOU LABEL ARCHIVE SEARCH ALL POSTS Not found any post match with your request Back Home Sunday Monday Tuesday Wednesday Thursday Friday Saturday Sun Mon Tue Wed Thu Fri Sat January February March April May June July August September October November December Jan Feb Mar Apr May Jun Jul Aug Sep Oct Nov Dec just now 1 minute ago $$1$$ minutes ago 1 hour ago $$1$$ hours ago Yesterday $$1$$ days ago $$1$$ weeks ago more than 5 weeks ago Followers Follow THIS PREMIUM CONTENT IS LOCKED STEP 1: Share to a social network STEP 2: Click the link on your social network Copy All Code Select All Code All codes were copied to your clipboard Can not copy the codes / texts, please press [CTRL]+[C] (or CMD+C with Mac) to copy Table of Content