How to Use Split Screen on Xiaomi Phone MIUI 8/9 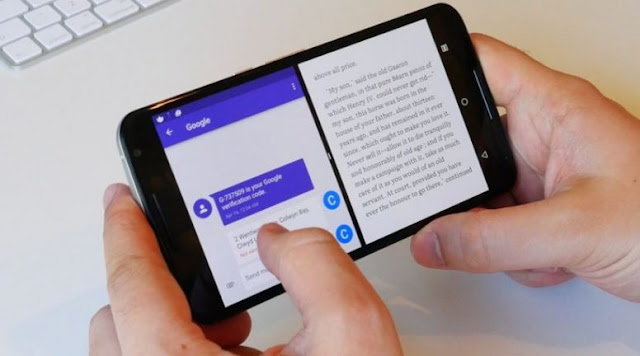 Here is how to use the split screen feature on the Xiaomi smartphone with MIUI version 8, MIUI 9, or later. We can open two applications on one screen at a time.

When the Split Screen feature is active on your phone (screen becomes 2 parts), we can watch video on screen one and at the same time, we can read or chat. Both can be operated simultaneously.

when we finished using split screen, we can easily restore the screen to its original settings (full screen). As easy as getting out of an app like pressing the back button or the home screen button.

Also read: How to Set Xiaomi Phone as Remote TV

Noteworthy in using this split-screen feature is not the"How to" (because it is easy to do), but the requirement to get this feature.

To be able to use this split screen feature our Xiaomi smartphone must using MIUI version 8 or MIUI 9 with OS Nougat (or later). If you still use the previous OS, then you can not get this feature.

Therefore, not all Xiaomi phones with MIUI 9/8 can use the split screen feature, because there are still many users using Marshmallow OS (although it is MIUI 9).

Also read: How to Connect Xiaomi Phone to PC via USB Wire

How to Use Split Screen on Xiaomi Smartphone

for example we will open Youtube and Browser (Chrome) apps on split screen. You can open other applications as you want.

No other application to open for the split screen?

If you have opened the app on the first screen (top) but there is no other app option on the second screen and message like this: "Open apps from the Home screen".

This happens usually if we have done a system cleanup (clean chace or clean trash). Or it could be because hp just turned on so do not have log history. 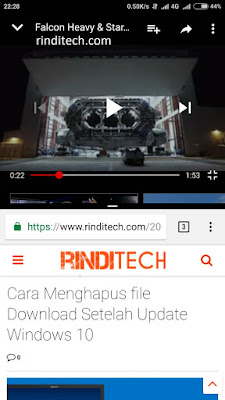 How to Close or Stop the Split Screen feature

When we have finished using the split screen feature and want to go back to the normal screen, we just need to press >Menu button then click popup >Exit (which will appear when we press the Menu button)

Why we don't have split screen feature on Android Marshmallow?

Maybe there is still asking why his Xiaomi smartphone does not get the split screen feature but already using MIUI 9.

Please note that MIUI is a custom OS created by Xiaomi for its users to get the maximum features and experience of the official OS owned by Android.

How extreme any custom OS that created there must be some limitations because Android software itself has a license (although it is open-source) and everyone must obey it, including Xiaomi.

However, it is only a matter of time for all MIUI 9 users to get this split screen feature, as always, operating system updates for each type and brand of the smartphone are different.

Keep in mind that this is just one of the many features offered by Xiaomi, there are many other features that we can enjoy in MIUI 9 such as multi-gesture, smart shortcut, trackball, etc.

That's the discussion on how to use the split screen feature in MIUI 8/9. If you have questions on this tutorial please put them in the comment field below as usual. Stay wise! #beWiseUser!