KPU (Presidential Election Commission) Officially announces the results of the 2019 Election on May 21 2019 at 2 AM. KPU Announces that the election winner with the most votes is Joko Widodo - KH. Ma'ruf Amin defeated the Prabowo - Sandiaga Uno candidate.

In addition to the Announcement of the Winners of the President and Vice President, the vote result for each political party was also announced. 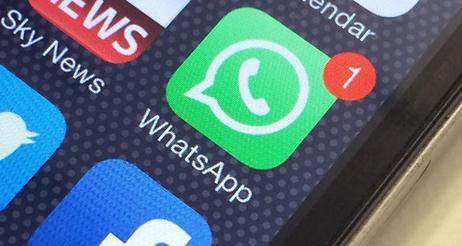 But the announcement seemed to cause a wave of distrust to the KPU (Presidential Election Commission), certainly the most vocal of the camps came from the lose candidate.

Preventive action was taken, the Government of Indonesia blocked WhatsApp and several other social media.

"We have restrictions on access to social media. Certain features are not activated to stop the negative information continue to be shared by the community, "-Wiranto (Coordinating Minister for Politics and Security R.I.).

Yup! You have not misread, the Indonesian Government deliberately blocked its citizen to access WhatsApp after the announcement of 2019 Election results. This was admitted directly by the Menko Polhukan Coordinating Minister for Politics, legal and Security affairs (TNI General (Ret.) Dr. H. Wiranto, S.H)

This step is also claimed as an anticipation of the 22 May 2019 demonstration which has been monitored from the beginning by the government.

Exactly, the government wants to limit the flow of information in the community which can cause new turbulence in the field.

Wiranto, the coordinating minister for political, legal and security affairs, confirmed at a press conference that the government restricted access to social media and "deactivated certain features", according to a report from Coconuts.

get the international media spotlight

"Indonesia is the latest country to" hit a hammer "on social media after the government restricted the use of WhatsApp and Instagram following deadly riots." This is one of the sentences written on the TechCrunch page.

Foreign media also explained that WhatsApp is the most widely used application in the country of Indonesia. So it will be detected if the Indonesian government blocks whatsapp, the information must be quickly spread.

According to observers from TechCrunch, many users in Indonesia now report the difficulty of sending multimedia messages via WhatsApp, which is one of the most popular chat applications in Indonesia.

While the #instagramdown hashtag also a trending topic among Twitter users in Indonesia due to problems accessing social media, including WhatsApp.

Until now, it has been confirmed that there are Facebook and Instagram who experience restrictions such as the WhatsApp application.

It's normal that Facebook and Instagram also experience the same thing, yup! as we all know, these three applications are under the same company, namely Facebook, Inc.

Facebook - which operates WhatsApp and Instagram - did not explicitly confirm the restrictions, but said it had communicated with the Indonesian government.

After the Indonesian government blocked WhatsApp, Facebook commented: "We are aware of the ongoing security situation in Jakarta and have been responsive to the Indonesian Government.

We are committed to maintaining all our services for people who depend on them to communicate with their loved ones and access important information, "

A number of WhatsApp users based in Indonesia confirm that they cannot send photos, videos and voice messages through this service. The restrictions were revoked when using Wi-Fi or cellular data services through VPN, people were confirmed.

Limitation due to political tension

It seems that foreign media already knew that the chaotic and restrictions on access were the effects of the announcement of the winner of the election announced by the KPU. It also been reported by an international technology website.

"The restrictions occurred when Indonesia grappled with political tensions after the release of the results of the presidential election on Tuesday. Candidates defeated by Prabowo Subianto said he would oppose the results at the Constitutional Court (MK)."

Does the Indonesian government block WhatsApp from affecting the situation on the ground? As we know, chaotic exploded out in the country's capital, Jakarta. At least six people died and caused more than 200 peoples were injured.

For Facebook, seeing its services forcibly cut off in an area is no longer a rare incident.

Facebook has also experienced similar restrictions in Sri Lanka in April, when Facebook's services were completely banned for days amid terrorist attacks in the country.

Also India, which just finished the election this week, has expressed concern over Facebook's inability to withstand the spread of false information on WhatsApp, which is the largest chat application with more than 200 million monthly users.

Is this an issue diversion? or is it really to reduce the spread of false information (hoax)? only the government knows ... hehe

How do you think? Do these access restrictions really need to be done? or it's too much?

More articles from ri-techno:
Price of the Spotify Service Might Increase
How to Open Telegram Account on PC /Desktop
Be Careful on Websites with These Extensions
How to Easily Record Your Desktop Screen with its Audio!