0 0 2019-07-15T11:00:00+07:00 Edit this post
Excited about the results? Here's one of the promotional videos of Sony Xperia 10 Plus taken from the official Sony Xperia Youtube Channel with a 21: 9 super wide aspect ratio.
Sony Xperia 10 has finally been officially introduced to the public some time ago. Reviews and hands-on from Sony's smartphones have sprung up a lot. Then what are the greatness of this Sony smartphone? Are prices in Indonesia exorbitant?

Currently, there are a lot of emerging new producers in the market of smartphones or smartphones. Starting from Huawei, Xiaomi arrived at Oppo and Vivo, all offered various kinds of advantages and offers which of course were difficult to resist, then what about Sony?

Smartphone products from Sony are on average a little expensive when compared to other manufacturers with the same specifications. But if we look further, even though Sony products are quite expensive, there are still many people who are interested. Why are Sony smartphone products still in demand?

It seems that the advantages of Sony smartphones are in the selection of quality materials, just try to compare Sony smartphones that have the same specifications as other brands. You will surely feel the difference.

With a 21: 9 aspect ratio screen and FULLHD + quality you can record 4K quality videos. Making cinematic videos is no longer a problem with your new Sony Mobile HP. This is also possible because the support of the internal system is also above average.

Here are the Main Specifications of Sony Xperia 10 Plus: 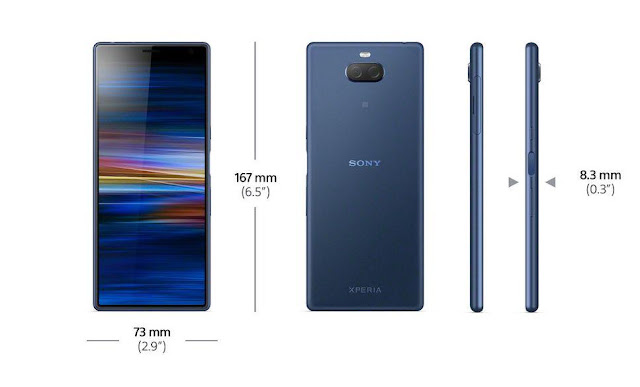 Cinematic Video lately has become the main attraction for photographers or videographers. Lots of tutorials or guides so that the shooting and editing that is done leads to cinematic results.

Excited about the results? Here's one of the promotional videos of Sony Xperia 10 Plus taken from the official Sony Xperia Youtube Channel with a 21: 9 super-wide aspect ratio.

Even though many Bluetooth (wireless) headset products are scattered in electronic stores. It seems that Sony remains firm and believes that the "headset plugs" feature is still needed, even in flagship smartphones.

For those of you who follow the journey of Sony Xperia smartphones from the beginning, surely you know why. Yup! Sony is actually comparing its smartphones to music lovers. Departing from other well-known products, at that time, Sony Walkman!

No wonder if until now Sony smartphones are famous for their sound quality above average.

Will the audio jack feature disappear on all smartphones? Only time can answer that. Now we just enjoy the features.

Price of Sony Xperia 10 Plus

With specifications and a premium look like that, what is the price of Sony Xperia 10 Plus in Indonesia?

From the observation of the ri-Techno team the prices of Sony Xperia 10 Plus smartphones are quite varied, ranging from 5.5 Million Rupiah to 6.5 Million Rupiah (more or less). But you have to pay more attention if you are shopping online because there are several stores that install 'pre-order' status.

If you buy a pre-order product, you have to be patient longer because the items you ordered will not be sent on the same day.

Hopefully this article about Sony Xperia 10 Plus is useful. If there are questions or opinions about this product, please save it in the comments column as usual!