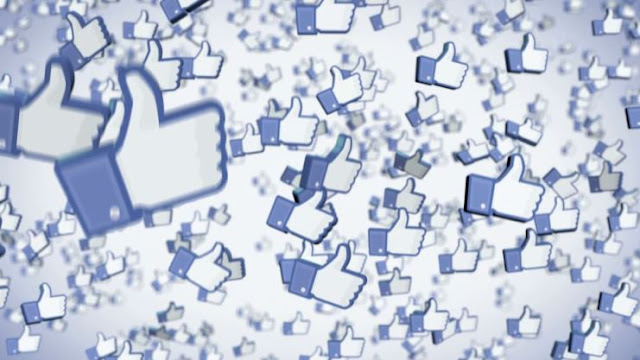 Yup! It seems official, that Facebook no longer makes the number of likes or likes that we get in each status that we make into a benchmark. This was confirmed along with the new system testing plan, that the count of Facebook likes will be hidden.

This was first seen by reverse engineer Jane Manchun Wong who saw the test on the Facebook Android application. In conclusion, Jane found that the count of Facebook likes will be hidden.

Plus, one of the online technology media, TechCrunch, also immediately asked Facebook about this. And Facebook also confirmed that it works to hide the number of likes.

But Facebook did not say when they would start the test or why they did the test.

For those of you who don't know, Instagram has also done testing like this before. And it looks like a trial to eliminate the number of likes gives positive results. So do not be surprised if they might have the same plan for Facebook.

The list of countries above is predicted to continue to grow in order to get more accurate results. From some of the existing responses, most users do not mind and instead welcomed this change.

As we also know, Instagram is also a business owned by Facebook. So no wonder they use the same method on both platforms. If later the count of Facebook likes is completely removed, then Instagram has most likely also applied it.

In the industrial world, data and numbers are the main factors in decision making, including in choosing a place to promote. The more number of likes or followers, the more expensive the promotion price (endorse) for the account.

But now, the number of followers and likes is very easy to get, even if you search on Google "cheap follower services" or "likes Instagram / Facebook services" you will surely find dozens of places or websites that provide likes or followers at a price very cheap.

So it's only natural that the number of followers or likes is no longer the main benchmark for determining the price or quality of an account or promotion (endorse).

Indeed this is a significant change and very core when viewed from the history of the establishment of social media platforms such as Instagram and Facebook. But everything has its time, and Facebook seems to have prepared this change.

Research has shown that social media counters can affect one's self-confidence, even self-esteem, especially in the younger generation or the "now generation".

We'll see for ourselves, generally, every person or social media user would be happy if the post or status update gets a lot of likes, and that's normal.

But there are other things that are worrying. When the scenario is different when you make a post or update status but do not get the number of likes as expected, how do you feel?

If you feel sad or even disappointed (because you do not get enough likes), then it is not good for your health. Both physical and mental health.

If the count of your Facebook likes is not what you expected, are you disappointed?

Then how to judge it?

And there are many other alternatives to judge a post or account that is quality or not (if assessed). Surely the developer also must have a solution if the count of Facebook likes is really hidden.

The real test for Influencer

This will also certainly be a proving ground for influencers on social media, including Facebook. Does the number of followers or likes on each of their posts really affect the sale of products offered?

Not a few cases that show that some influencers only excel on paper, but in the application of its business is not very influential.

Hopefully this article about the plan to eliminate the count of Facebook likes is useful. Stay a wise user! #beWiseUser!

More Articles from ri-techno.com:
Porsche Taycan Turbo - Electric Car Competitor for Tesla
Realme XT Specifications Advantage and Disadvantage
Latest Youtube Rules Begins, Some Videos have been Deleted!
iPhone 11 Pro - Apple Focus on the Camera and Screen
Official! OPPO Reno 2 support 20x Zoom! with 4 Cameras
Price of the Spotify Service Might Increase
Acer Predator Helios 700 with Keyboard Slide and RTX 2080
ASUS Zenbook Pro Duo - Laptop For The Professional
Samsung Galaxy Note 10, There is a Gradient Color!
Under Display Camera - The Real Future Technology
How to Safely Eject/Remove Flashdisk OTG on Android Phone
Sony Xperia 10 Plus - Cinematic Video with Perfect Ratio
How to Easily Record your Desktop Screen with its Audio
How to Watch Movie with Subtitle Text Translate on Your Phone

Acer,1,Android,15,Apple,9,ASUS,5,Automotive,10,Biography,2,Blackberry,3,Blogging,4,Design,4,Entertainment,1,Facebook,2,Finance,12,Gadget,15,Games,27,Google,4,How to,83,Internet,4,LINE,1,Microsoft,2,News,82,PlayStation,3,Review,31,Samsung,12,Smartphone,17,Social Media,1,Software,11,Sony,5,Sponsored Content,2,TikTok,1,WhatsApp,8,Windows,2,Xiaomi,23,YouTube,11,
ltr
item
ri-Techno: Count of Facebook Likes Will be Hidden, Instagram First!
Count of Facebook Likes Will be Hidden, Instagram First!
As we also know, Instagram is also a business owned by Facebook. So no wonder they use the same method on both platforms. If later the count of Facebook likes is completely removed, then Instagram has most likely also applied it.
https://1.bp.blogspot.com/-dTt30duUNkM/XXbtHimlmEI/AAAAAAAAG0E/QOVBuyyVsN8PmMRBm2COW4JzQtQVm6c2wCLcBGAs/s640/Count%2Bof%2BFacebook%2BLikes%2BWill%2Bbe%2BDeleted%252C%2BInstagram%2BFirst.jpg
https://1.bp.blogspot.com/-dTt30duUNkM/XXbtHimlmEI/AAAAAAAAG0E/QOVBuyyVsN8PmMRBm2COW4JzQtQVm6c2wCLcBGAs/s72-c/Count%2Bof%2BFacebook%2BLikes%2BWill%2Bbe%2BDeleted%252C%2BInstagram%2BFirst.jpg
ri-Techno
https://www.ri-techno.com/2019/09/count-of-facebook-likes-will-be-hidden.html
https://www.ri-techno.com/
https://www.ri-techno.com/
https://www.ri-techno.com/2019/09/count-of-facebook-likes-will-be-hidden.html
true
8051170434734761451
UTF-8
Loaded All Posts Not found any posts VIEW ALL Readmore Reply Cancel reply Delete By Home PAGES POSTS View All RECOMMENDED FOR YOU LABEL ARCHIVE SEARCH ALL POSTS Not found any post match with your request Back Home Sunday Monday Tuesday Wednesday Thursday Friday Saturday Sun Mon Tue Wed Thu Fri Sat January February March April May June July August September October November December Jan Feb Mar Apr May Jun Jul Aug Sep Oct Nov Dec just now 1 minute ago $$1$$ minutes ago 1 hour ago $$1$$ hours ago Yesterday $$1$$ days ago $$1$$ weeks ago more than 5 weeks ago Followers Follow THIS PREMIUM CONTENT IS LOCKED STEP 1: Share to a social network STEP 2: Click the link on your social network Copy All Code Select All Code All codes were copied to your clipboard Can not copy the codes / texts, please press [CTRL]+[C] (or CMD+C with Mac) to copy Table of Content