0 0
Apple has officially introduced their latest smartphone, the iPhone 11 Pro. With the newest processor called Bionic Chip, Apple claims that their processor is the best in the world today. Then what about the other features available on this flagship smartphone?

On this iPhone 11 Pro Apple emphasizes the benefits of their latest smartphone into 2 things. First is the ability and quality of the camera that is no doubt, especially now with 3 cameras that have various features.

Second is the quality of the screen they have. With an OLED type screen and XDR (Extreme Dynamic Range) capabilities, the iPhone 11 Pro seems to be among the world's top flagship smartphones. But what are the advantages?

Flagship smartphones are always attracting attention, not only boosting producer income, but also proving that they are still reliable and reliable.

Previously, Samsung had already introduced the latest Galaxy variant this year (Note 10), followed by other manufacturers. With the release of this latest iPhone series, Apple seems to have re-entered into the most sophisticated smartphone competition in the world. 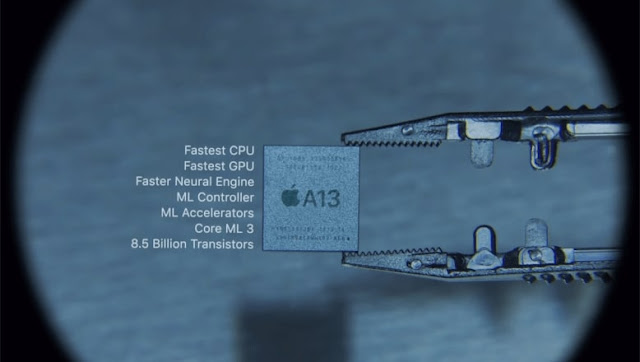 In the product introduction session some time ago, Apple showed the type of processor they used for the iPhone 11 Pro, namely the Bionic Chip A13.

Actually this chip is not really new made from scratch, but the advanced version of the other A series chips is owned by Apple. Only this time they gave additional information, Bionic Chip.

Of course Apple has a special reason for taking the name. With a 64-bit architecture base Apple claims that they have the fastest CPU and GPU available on a smartphone at the moment.

Apple also said that the A13 chip has a kind of Machine Learning Accelarators. That is claimed to provide better results in learning the pattern or character of each user.

As has been applied to the previous generation iPhone (iPhone X), the iPhone 11 Pro also has a Neural Engine system. In an article on the wired.com Neural Engine page is likened to an "infusion" that makes the Artificial Intelligent (AI) system work better. 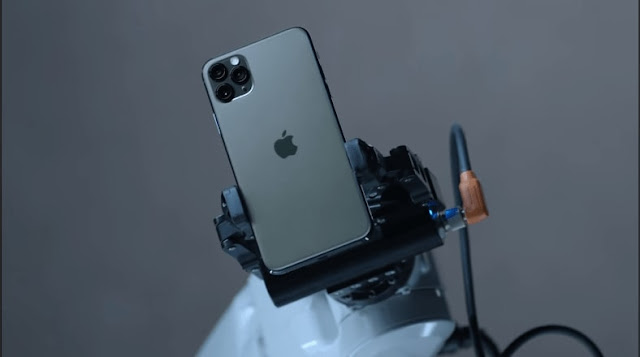 One capability that is proud of the Bionic Chip A13 processor that is on the iPhone 11 Pro is its ability to save battery usage.

Apple claims with a capacity of 3500 mAh battery, the processor they have is able to provide a usage time of 5 hours longer than the previous iPhone series. 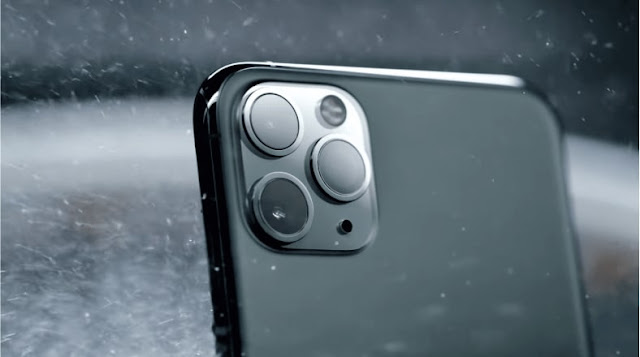 This ability is better when compared to the iPhone X which can only survive at a depth of 2 meters, even in the same time, which is 30 minutes.

In addition, the iPhone 11 Pro is also certainly safe from various liquids that are around us every day such as coffee water, tea, soda, etc.

Besides being waterproof, the iPhone 11 Pro is also dustproof. No need to hesitate anymore to bring this smartphone to sandy areas such as beaches and deserts, your mobile will be fine.

In addition to the quality of the camera and screen which is very impressive, the iPhone 11 Pro is also equipped with quite a lot of features. Generally, all the features that are there will really help you to work or to trade.

Like the NFC (Near-field Communication) feature which is now commonly used, especially to facilitate users in making direct transactions. And there are many other features that you can use like the list below.
Of course, not all features or facilities that are in the iPhone 11 Pro smartphone are written above, but from the list above, we certainly can assess how the ability of the latest smartphone from Apple (with all the critics). 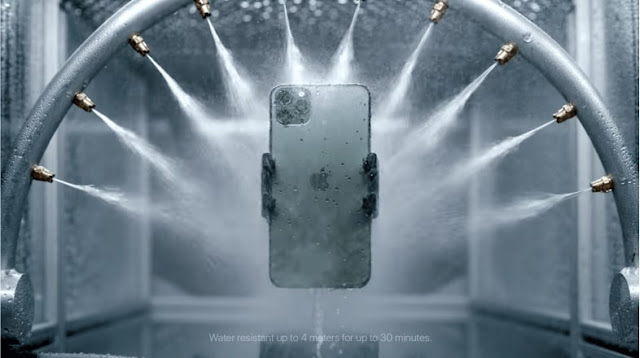 Acer,1,Android,15,Apple,9,ASUS,5,Automotive,9,Biography,2,Blackberry,3,Blogging,3,Design,1,Entertainment,1,Facebook,2,Finance,9,Gadget,15,Games,21,Google,4,How to,67,Internet,3,LINE,1,Microsoft,2,News,80,PlayStation,3,Review,31,Samsung,12,Smartphone,17,Social Media,1,Software,10,Sony,5,Sponsored Content,1,TikTok,1,WhatsApp,7,Xiaomi,23,YouTube,10,
ltr
item
ri-Techno: iPhone 11 Pro - Bionic Chip and Other Features
iPhone 11 Pro - Bionic Chip and Other Features
In addition to the quality of the camera and screen which is very impressive, the iPhone 11 Pro is also equipped with quite a lot of features. Generally, all the features that are there will really help you to work or to trade.
https://1.bp.blogspot.com/-As2eCF5PiPU/XYLY9mE5U1I/AAAAAAAAG6o/h3gZAPKketsQwRQT2P6YTLuWIvik_TV4ACLcBGAsYHQ/s640/iPhone%2B11%2BPro%2B-%2BBionic%2BChip%2Band%2BOther%2BFeatures%2B1.jpg
https://1.bp.blogspot.com/-As2eCF5PiPU/XYLY9mE5U1I/AAAAAAAAG6o/h3gZAPKketsQwRQT2P6YTLuWIvik_TV4ACLcBGAsYHQ/s72-c/iPhone%2B11%2BPro%2B-%2BBionic%2BChip%2Band%2BOther%2BFeatures%2B1.jpg
ri-Techno
https://www.ri-techno.com/2019/09/iphone-11-pro-bionic-chip-and-other-features.html
https://www.ri-techno.com/
https://www.ri-techno.com/
https://www.ri-techno.com/2019/09/iphone-11-pro-bionic-chip-and-other-features.html
true
8051170434734761451
UTF-8
Loaded All Posts Not found any posts VIEW ALL Readmore Reply Cancel reply Delete By Home PAGES POSTS View All RECOMMENDED FOR YOU LABEL ARCHIVE SEARCH ALL POSTS Not found any post match with your request Back Home Sunday Monday Tuesday Wednesday Thursday Friday Saturday Sun Mon Tue Wed Thu Fri Sat January February March April May June July August September October November December Jan Feb Mar Apr May Jun Jul Aug Sep Oct Nov Dec just now 1 minute ago $$1$$ minutes ago 1 hour ago $$1$$ hours ago Yesterday $$1$$ days ago $$1$$ weeks ago more than 5 weeks ago Followers Follow THIS PREMIUM CONTENT IS LOCKED STEP 1: Share to a social network STEP 2: Click the link on your social network Copy All Code Select All Code All codes were copied to your clipboard Can not copy the codes / texts, please press [CTRL]+[C] (or CMD+C with Mac) to copy Table of Content