This is a discussion of the specifications of the Realme XT, the latest smartphone from Realme with a Super AMOLED screen and a 64 Mega Pixels camera. In this paper, we will also discuss or review the advantages and disadvantages of this Realme XT.

Hopefully, the full discussion of the Realme XT specifications and review of the lack of advantages can be additional information for those of you who are looking for a new smartphone. Not only is it best but also make sure your new smartphone matches your needs.

As we know, the iPhone 11 currently only uses a 12 Megapixels camera on its main camera. But there is no guarantee that the camera's portrait is determined only by how many megapixels are used.

There are so many factors that can maximize the results of the photo outside the number of megapixels. iPhone 11 does use a camera with 12 MP, but when viewed from the results, it seems Realme XT has not been able to match the iPhone 11 photos.

One thing that is highlighted in the Realme XT specifications is in the screen quality section. This reality provides a screen with Super AMOLED quality. The AMOLED screen is also currently used on the Samsung Galaxy S10 smartphone.

Due to the AMOLED screen selection, the Realme XT also now supports the On-Screen Fingerprint Sensor. Like flagship smartphones, you can unlock a smartphone just by touching the screen with your thumb or finger.

With this screen, the Realme XT is above average for screen quality. With Super AMOLED your eyes will be spoiled with better picture quality and certainly more comfortable in the eyes. 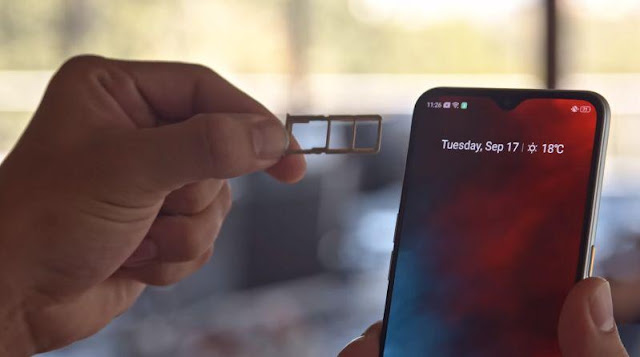 Unlike some smartphones available today, the Realme XT Specifications has a separate microSD slot (not hybrid) from the tray or SIM slot 2. That way we can install 2 SIM Cards and Micro SD at the same time.

The SIM card tray on the Realme XT smartphone has 3 slots or space for each SIM 1 SIM 2 and Micro SD. So that we no longer need to choose to install Micro SD or install SIM 2, due to slot limitations.

So for those of you double SIM users but still want to use external memory (Micro SD) Realme XT can be included in your list of considerations. 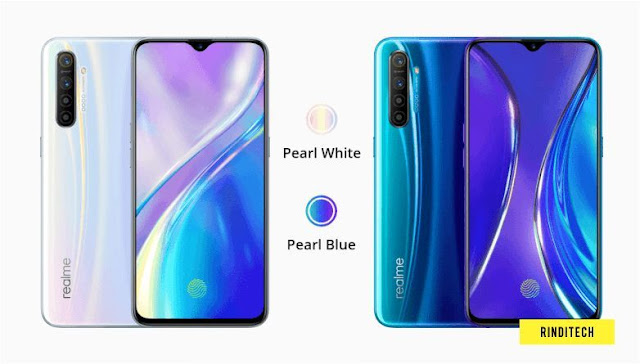 In addition to the above specifications, you can also use the Face unlock feature and still get a headphone jack or headset jack to get better sound quality.

One thing that might be a 'deal-breaker' or a reason not to buy is the availability of the NFC feature. Unfortunately in this Realme XT specifications, there are no NFC features that are currently being used by many industries.

Last year maybe the NFC feature is still an option and has not become the main feature that must be present in a smartphone, but different from this year.

Now the NFC feature has been widely used in a variety of activities, especially as an online media option for easier and instant transactions. The NFC feature on a smartphone can replace the e-money function to make instant payments.

That way you no longer need to carry an e-Money card because all data and transactions can be done directly through your smartphone via the NFC feature. And unfortunately, this feature is not in the Realme XT specifications.

Just like the HP flagship from Xiaomi (Redmi Note 8 Pro), the Realme XT chose to use plastic material for the frame and body material used. Although the appearance looks like metal, unfortunately, it originates from metal painting.

Although made of metal, the good news is that the entire body of the Realme XT smartphone is protected by Gorilla Glass 5 which is certainly resistant to impact.

In addition, the selection of plastic materials also will certainly reduce production costs and you as a consumer will get a more reasonable price when compared to materials such as metal or iron.

As seen in the design, the camera position on the Realme XT smartphone is on the side or edge of the body. There is no real problem with the camera's position, but the placement of the camera frame that sticks out from the body feels a bit annoying.

If you store this Realme XT smartphone on a table or a flat surface, the camera frame will look lumpy. That way, not all the back of the HP touches the surface.

Actually, it does not really matter if there are small bumps for the camera frame because several other brands also have a 'bump' the camera. But specifically for HP Realme XT looks too high bumps.

The Realme XT specifications also do not mention water endurance certification. Therefore you should avoid using a smartphone under the rain and use it near a swimming pool beach.

If you still need this Realme XT smartphone near - near water, then you should use a protective case. Make sure the protector has a rubber material so that the water that touches the smartphone does not go directly into the HP body.

Although some smartphones that do not have a waterproof certificate can be 'saved' if soaked briefly in water, but this can be proven when it has 'happened'.

The Realme XT specifications also state that this smartphone does not have a notification light (LED notification) on the front of the HP. This can be a strength and a weakness for some people.

If you don't like the lights that suddenly appear as notifications, this can be a benefit for you. But if you still need a notification signal from the LED light when your cellphone is locked, then you need to consider this.

Before we discuss the price of this smartphone, it helps you to know this unpleasant information. Realme has confirmed that this type of smartphone will not be marketed globally. They will market this Realme XT in only a few countries.

If Indonesia is not included in the list of destination countries, get ready to spend more money because the price of goods coming from direct imports is usually much more expensive than normal prices. 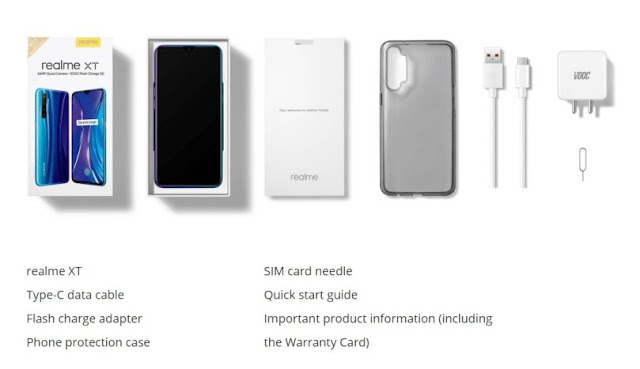 The above prices do not include shipping costs from abroad and (possibly) import duties on electronic goods. In the marketplace or local online stores in Indonesia, there are actually already displaying Realme XT, but most are still pre-orders with prices that are still unstable.

How? Still, intend to get a smartphone with this Super AMOLED screen? Prepare funds and also be patient huh .. This smartphone seems to be included in rare items in the Indonesian market.

Hopefully, this article is useful. #beWiseUser!

Acer,1,Android,15,Apple,9,ASUS,5,Automotive,9,Biography,2,Blackberry,3,Blogging,3,Design,1,Entertainment,1,Facebook,2,Finance,9,Gadget,15,Games,21,Google,4,How to,67,Internet,3,LINE,1,Microsoft,2,News,80,PlayStation,3,Review,31,Samsung,12,Smartphone,17,Social Media,1,Software,10,Sony,5,Sponsored Content,1,TikTok,1,WhatsApp,7,Xiaomi,23,YouTube,10,
ltr
item
ri-Techno: Realme XT Specifications Advantage and Disadvantage
Realme XT Specifications Advantage and Disadvantage
One thing that might be a 'deal-breaker' or a reason not to buy is the availability of the NFC feature. Unfortunately in this Realme XT specifications, there are no NFC features that are currently being used by many industries.
https://1.bp.blogspot.com/-eNwgPNz2HhM/Xb7Vg9wrVVI/AAAAAAAAHNY/fSE_F0y60FQjh00RXXZa6t0CoclVftvvQCLcBGAsYHQ/s640/Realme%2BXT%2BSpecifications%2BAdvantage%2Band%2BDisadvantage%2B1.jpg
https://1.bp.blogspot.com/-eNwgPNz2HhM/Xb7Vg9wrVVI/AAAAAAAAHNY/fSE_F0y60FQjh00RXXZa6t0CoclVftvvQCLcBGAsYHQ/s72-c/Realme%2BXT%2BSpecifications%2BAdvantage%2Band%2BDisadvantage%2B1.jpg
ri-Techno
https://www.ri-techno.com/2019/11/realme-xt-specifications-advantage-and-disadvantage.html
https://www.ri-techno.com/
https://www.ri-techno.com/
https://www.ri-techno.com/2019/11/realme-xt-specifications-advantage-and-disadvantage.html
true
8051170434734761451
UTF-8
Loaded All Posts Not found any posts VIEW ALL Readmore Reply Cancel reply Delete By Home PAGES POSTS View All RECOMMENDED FOR YOU LABEL ARCHIVE SEARCH ALL POSTS Not found any post match with your request Back Home Sunday Monday Tuesday Wednesday Thursday Friday Saturday Sun Mon Tue Wed Thu Fri Sat January February March April May June July August September October November December Jan Feb Mar Apr May Jun Jul Aug Sep Oct Nov Dec just now 1 minute ago $$1$$ minutes ago 1 hour ago $$1$$ hours ago Yesterday $$1$$ days ago $$1$$ weeks ago more than 5 weeks ago Followers Follow THIS PREMIUM CONTENT IS LOCKED STEP 1: Share to a social network STEP 2: Click the link on your social network Copy All Code Select All Code All codes were copied to your clipboard Can not copy the codes / texts, please press [CTRL]+[C] (or CMD+C with Mac) to copy Table of Content