0 0 2019-11-25T16:16:00+07:00 Edit this post
Although the design of Tesla Cybertruck still looks strange and far different from the truck in general, in terms of features and specifications are very interesting to consider. This truck is also claimed to be strong and even bulletproof.
Although the design of Tesla Cybertruck was extraordinary, in fact, the pre-order of the 'future' electric truck was still selling well! After being introduced by Elon Musk 2 days ago, the latest vehicle manufacturer of Tesla is already a lot of enthusiasts.

Although the design of Tesla Cybertruck still looks strange and far different from the truck in general, in terms of features and specifications are very interesting to consider. Besides being powered by electricity like other Tesla models, this truck is also claimed to be strong and even bulletproof.

One of the virtues of design of Tesla Cybertruck lies in the strength of the material used, including its glass which is claimed to be resistant to impact. But when the introduction on stage, the truck's glass failed to resist the impact of the iron ball that was thrown at the car
.

This certainly made the people present there a little surprised, including Elon Musk who was standing very close to the truck. Elon Musk looked a little panicked by the breaking of the glass but still tried to calm down by saying that the iron ball did not enter the glass.

Design of Tesla Cybertruck is eccentric, but it still sells well!

With design of Tesla Cybertruck, it seems to make people who see will 'really like' or 'really dislike'.

Even though there were a few incidents like the one above, it didn't seem to discourage people from ordering the Tesla-made electric truck. Seen from the figures below, only 2 days after the introduction of the Cybertruck Tesla was ordered by more than one hundred and forty thousand buyers. 1 day after that the order increased to 187,000 people who ordered or pre-ordered.

With prices starting at $ 39,900 or equivalent to Rp. 570,000,000 (five hundred seventy million rupiahs), it seems that it does not dampen the intention of the prospective buyers of this Tesla-made electric truck. The Design of Tesla Cybertruck which is quite a tempting also seems to have a part in influencing prospective buyers.

The number of bookings received by Tesla also cannot be separated from the YouTubers who were invited to the Tesla Cybertruck introduction event. From what has been seen in several video posts on Youtube, it seems that Tesla has invited more YouTubers than mainstream media such as television or radio.

And after the event, a number of YouTubers also revealed that they had made an order or pre-order a pickup car or a Tesla Cybertruck truck. That way, more and more news is obtained from these Youtube posts.

With so many viewers or viewers on their videos, there must be someone who also ordered an electric truck made by Tesla.

Following are the official prices of Tesla Cybertruk
Starting from the cheapest price is the Tesla Cybertruck with Single Motor Rear-Wheel Drive priced at $ 39,900 or equivalent to Rp. 570,000,000 (five hundred seventy million rupiah).

The second type is the Tesla Cybertruck Dual Motor All-Wheel Drive with a price offered is $ 49,900 or if equivalent is Rp. 723,000,000 (seven hundred twenty three million rupiah). 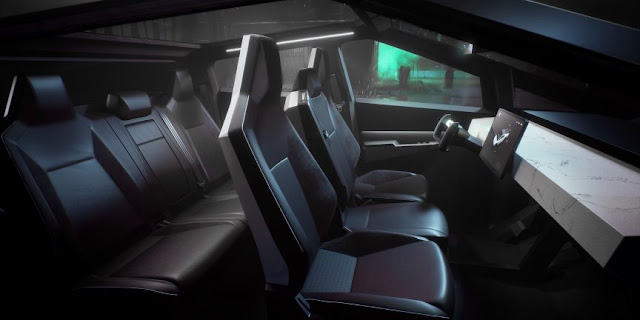 How about in Indonesia? When can this big electric truck be ordered? Until now there is still no official information when this electric pick-up truck can be ordered in Indonesia, but it seems that we have to wait a little longer because consumers in America still don't have a date when the cybertruck test will be received.

What do you think? Are you interested in this Tesla Cybertruck car? Hopefully this article about The Design of Tesla Cybertruck that attract more buyer buyer give you some insight. Stay wise! #beWiseUser! 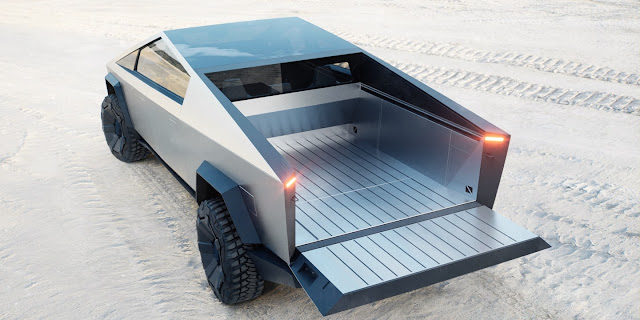