WWE and TikTok Collaboration, the Real Threat to Instagram?

0 0 2019-12-20T23:03:00+07:00 Edit this post
WWE and TikTok Collaboration cover access to WWE fans in TikTok, now WWE has an official account at TikTok and WWE fans will get exclusive content that is only available at TikTok. 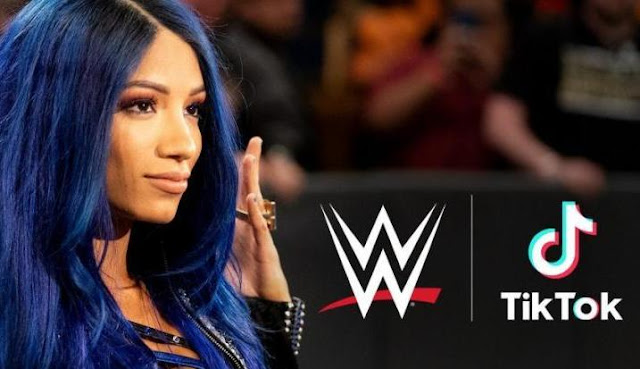 A few days ago WWE and TikTok Collaboration was announced, Speculation also immediately appeared whether TikTok could become a heavy competitor to Instagram?. In Indonesia TikTok might be famous for the 'kids' application and was even banned, but what about in other countries?

For example, TikTok has been very popular in Indonesia to the point that the government has intervened because of several issues and cases that have occurred. Ever heard of a figure named followed with 'TikTok'? Yup! he is one of the 'products' that comes from this Chinese application.

At the end of 2019 WWE (World Wrestling Entertainment), which is famous for wrestling events, announced their collaboration with the application from China, TikTok. The WWE and TikTok Collaboration has become a new chapter for TikTok, which is still known as an application for 'kids'.

What are the benefits for WWE and TikTok fans?

WWE and TikTok Collaboration cover access to WWE fans in TikTok, now WWE has an official account at TikTok and WWE fans will get exclusive content that is only available at TikTok.

In addition, TikTok users can also use music - typical music from the wrestlers in WWE Smackdown. You can use music commonly used as 'music entrance' by Stone Cold, Undertaker, etc.

And it looks like there will be other collaborations that can be enjoyed by WWE wrestling fans and users of the TikTok application in the future.

How about in other countries?

In Indonesia, TikTok is associated with 'Alay' users and is dominated by new users equal to school children. It turns out that in other countries it is almost the same, currently, TikTok in America is also dominated by young teenagers who upload 'random' videos with the same music background.

However, it seems that this fact does not dampen the interest of businesspeople in the social media industry. In fact, TikTok has begun to be ogled by well-known businessmen such as Gary Vaynerchuk said that it will become Instagram's biggest competitor.

Because some big businessmen have started to look, this video sharing platform is starting to be flooded with professional users. Although its development is still slow, these new users have shown stable positive results.

The fact that this application has been used in more than 150 countries seems to be one of the strong reasons for WWE and TikTok Collaboration.

WWE and TikTok Collaboration, the Real Threat to Instagram?

Before WWE and TikTok Collaboration, lately some TikTok 'artists' have also begun to receive a lot of income from various sources, one of which is from endorse, like on Instagram.

The endorse pattern in TikTok is almost the same as on Instagram, only different platforms. Although currently TikTok users are still dominated by young people, if you look at the number of users still have a very large market.

Although at this time it might be a little difficult to 'sell' in TikTok, in the next few years it is not impossible that TikTok will become one of the online markets that are parallel to Instagram or even Facebook.

Hopefully, this article about WWE and TikTok Collaboration is useful. What do you think? Are you getting interested in creating a TikTok account? or you already have a TikTok account? Stay a wise user! #beWiseUser!

More Articles from ri-techno.com:
Why the New Motorola Folding Phone was postponed?
Realme XT Specifications Advantage and Disadvantage
Latest Youtube Rules Begins, Some Videos have been Deleted!
Amazon Delivery Business Starts Active, FedEx Threatened?
Price of Youtube Premium in Indonesia - What can You Get?
iPhone 11 Pro - Bionic Chip and Other Features
XBOX Series X Specifications Approaching PC - Corsair ONE?
Samsung Galaxy Watch Active 2 Under Armor Edition
Porsche Taycan Turbo - Electric Car Competitor for Tesla
Official! OPPO Reno 2 support 20x Zoom! with 4 Cameras
Under Display Camera - The Real Future Technology
How to Safely Eject/Remove Flashdisk OTG on Android Phone
How to Easily Record your Desktop Screen with its Audio
How to Use Split Screen on Your Xiaomi Phone
How to Watch Movie with Subtitle Text Translate on Your Phone