0 0 Edit this post
Yup! At the biggest technology show held in Las Vegas, America, the biggest focus was on the console game manufacturer, SONY. But at CES 2020 the Sony Electric Car (Sony Vision-S Concept) is Trending, Not the PS5.

As we know, the Consumer Electronics Show (CES) performances are always used by electronics manufacturers to introduce their newest products. Like Samsung introducing the latest TVs and smartphones, there is also Razer which introduces race simulators, etc.

It seems that the concern is not the electric car, but the SONY. For years Sony was known as an ordinary electronics manufacturer such as Cameras, TVs, Smartphones, and including Playstation, but not with Cars.

PS5 It has been very much awaited considering its biggest competitor, XBOX, Microsoft has announced its latest version of the game console, the XBOX Series X, which is claimed to have specifications approaching a middle-upper class PC.

But at CES 2020, Sony only announced a few details about the PS5 which will be released this year. Sony just announced a new logo that is used and also some features that will be on the PS5.

While the form or design of the PS5 is not discussed, not even a single picture or photo of the PS5 is shown in the presentation. Sony Electric Cars seem more important to be announced at CES 2020.

Sony Electric Cars - Why it's Trending?

At the CES 2020 Performance, it is not only SONY that introduces vehicles (cars), there are also FORD, Mercedes, and other automotive companies. Then why did Sony Electric Car become the talk?

It seems that Sony has been labeled as a manufacturer of home electronics such as cameras, TVs, and including game consoles such as the Playstation. And suddenly SONY appeared by introducing an unexpected product, an electric car.

At its introduction, the Sony electric car (Sony Vision-S Concept) will have features that Sony is already an expert in. Such as quality audio (360 audio), a very wide dashboard screen, and also an integrated system into the cloud system prepared by SONY.

When viewed from a futuristic design, according to the MKBHD Youtuber (Marquess Brownlee) the design of this Sony electric car is like a blend of the designs of the Tesla and Porsche electric cars.

What is the price of a Sony electric car? when will it be released?

Currently, the Sony electric car is still in prototype status, or an experiment. At the time of the presentation, the SONY did not tell the price range of this Sony electric car. Likewise with an estimate of when this car will actually be sold to consumers. 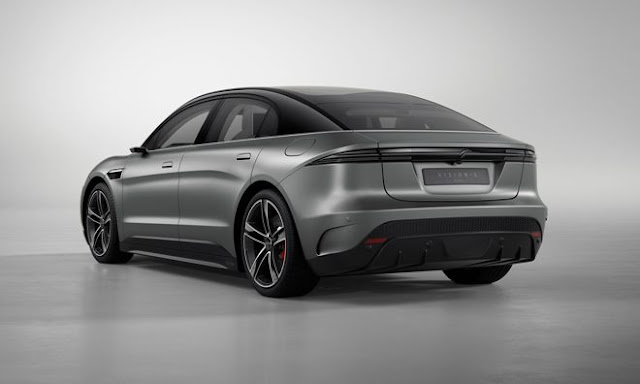