0 0 2020-01-07T03:20:00+07:00 Edit this post
Another iconic moment in the 2019 rewind youtube video made by PewDiePie is the announcement of Ninja gamers moving media streaming. There was also a moment of Donald Trump meeting Kim Jong-un. 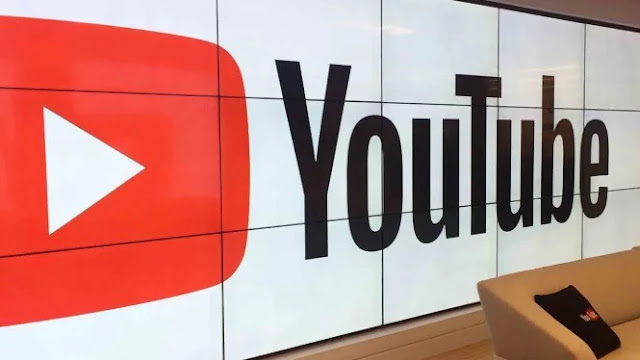 Youtube rewind has always been the closing video of the year awaited by the viewers of the streaming service. Not only from the official youtube, but now the Youtube Rewind 2019 video made by PewDiePie also enlivens this annual kaleidoscope video list.

Precisely on December 29, 2019. PewDiePie's Youtube account or channel posted a video that contains a compilation of various videos that were viral or iconic throughout 2019.

In the video, PewDiePie also made a special segment for the YouTubers who died in 2019. Some of them may also on your subscribed list or often see their works on Youtube.

In addition, the video also shows some iconic moments that have been passed by PewDiePie himself. Such as competition with T-Series channels in the number of subscribers and also the moment of marriage with their partners.

Another iconic moment in the 2019 rewind youtube video made by PewDiePie is the announcement of Ninja gamers moving media streaming. There was also a moment of Donald Trump meeting Kim Jong-un.

The founder or owner of the Tesla company, Elon Musk also appeared with a video introduction of the Tesla Cybertruck electric car that attracted attention. And many more YouTubers - YouTubers from various categories that appear in this 2019 YouTube Rewind video made by PewDiePie.

Please note, the 2019 Youtube Rewind video made by PewDiePie is not made by a team from PewDiePie, but rather the result of collaboration with several other YouTubers. At the end of the video, you can see 3 YouTube channels displayed with the "Creator" tag, which are FLYINGKITTY, GRANDAYY, and DOLAN DARK.

It is reasonable if the video was made in a collaborative way, given that during 2019 there were many events that occurred. Among these events must be chosen and can represent the journey of Youtube 2019.

Also read: How to Open YouTube Videos in Gom Player

The reason for making this video also seems to be inseparable from the negative response obtained by the previous year's YouTube Rewind video (2018). The video is considered not to represent events that occurred in 2018 and further emphasizes the online game Fortnite.

In addition, usually, YouTubers in each country also make Youtube Rewind specifically in their respective countries, including in Indonesia. But the videos made by each country are made individually or collectively among YouTubers, there is no official collaboration with Youtube.