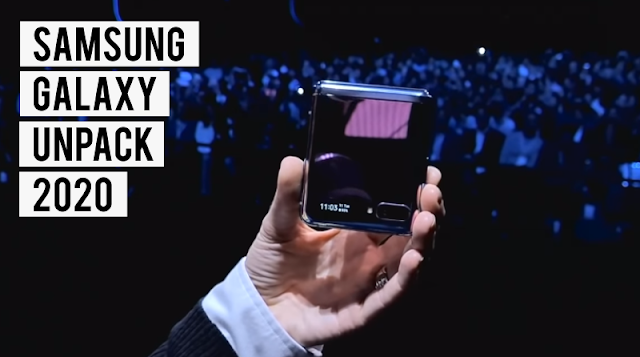 As we know, at this Samsung Galaxy Unpacked 2020 event, Samsung is always introducing their latest products that are ready to be ordered. This year there are a number of gadgets or smartphones that have been waiting for their official introduction.


This morning, or to be exact on February 12, 2020 Samsung has held its annual event to introduce new products that they have developed so far. The product or gadget is now ready to be marketed and ordered by consumers widely. Including for consumers in Indonesia.

The new gadgets on the Samsung Galaxy Unpacked 2020


Samsung Galaxy Z Flip is also a worthy opponent for other folding smartphones from Motorola. The Motorola Razh Phone attracted many interested people because its model gave a nostalgic feeling to old school flip phones.

Samsung Galaxy Z Flip specifications are also quite capable. With an AMOLED screen, 8GB of RAM, 256GB of storage capacity, and a 12 MP camera seems to be enough to compete with other smartphones in the middle class (mid-range).

Samsung Galaxy S20 and S20 Plus 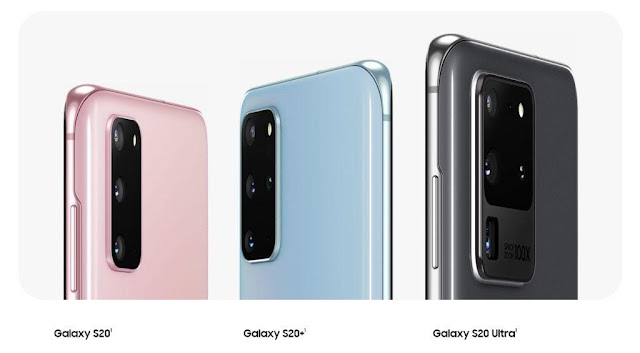 At the Samsung Galaxy Unpacked 2020 event, Samsung was known to choose to use the name S20 (not S11). Like Apple who chose not to use the name iPhone 9 but directly to the iPhone X.

For the design aspect does not seem to differ much from the previous generation, Galaxy S20 and S20 Plus smartphones still have camera holes on the front of the screen. from other shapes and positions are also not much different.

Samsung Galaxy S20 and S20 + series still seem to rely on the quality and capabilities of the camera. With the 30x Zoom feature, it seems that Samsung doesn't want to be outdone by other smart phones that can take pictures from a great distance.

With a battery capacity of 4000 mAh and 4500 mAh (according to type) users are expected to be able to operate this smartphone without fear of running out of battery in the middle of a trip.


With a 108 Megapixel camera, the Samsung Galaxy S20 Ultra is capable of recording videos with 8K resolution. Please note, at this time even DSLR or mirrorless cameras are still rare that can record up to 8K resolution.

The specifications of the Samsung Galaxy S20 Ultra are also very far above average. For the front camera only this smartphone gets 40MP. On the back camera there is a 12 MP ultra-wide camera, 108 MP wide-angle camera, and a 48MP telephoto lens.

Finally there are earbuds introduced by Samsung to continue the previous series of earbuds. Samsung Galaxy Buds + is claimed to have a longer usage time than iPhone's earphones (AirPods Pro).

Besides that Samsung claims that you can also use these earbuds for 1 hour with only 3 minutes of charging time.

How? Interested in buying or pre-ordering one of the latest Samsung products? Hopefully this article about the Samsung Galaxy Unpacked 2020 event summary is useful. Stay a wise user! #beWiseUser!