Technical Requirements for participating in the F1 Esports World Tournament

0 0 2020-04-19T17:00:00+07:00 Edit this post
Each driver or player will be recruited by teams that also compete in real F1 races. Like the professional drivers who were contracted as team representatives in the F1 Esports competition at the live event. 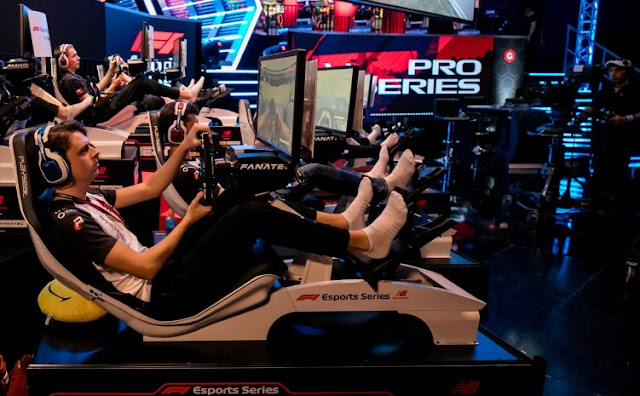 The following are the main requirements for participating in the world F1 Esports tournament. Organizing Esports tournaments is now often done by online games, including the Formula 1 racing game which is often called a land jet race.

F1 Esports Tournament is held by the Codemaster game developer who has received an official license and also collaborates with Liberty Media, as the licensee. That way this competition is also included in the overall Formula 1 agenda.

From the qualification process to the final round of the F1 Esports tournament, all of it was broadcast live by Formula 1 in various media. As in the Youtube channel, Twitch, and other media publications that are owned by Formula 1.

Also read: How to Add Formula 1 Schedule To Our Phone Calendar Automatically Updates Every Year

Before proceeding to the main competition or Pro Series Season / Pro Draft which gathers all drivers from various worlds in one place, each player must pass the qualification stage. The qualification process was not short, at the F1 Esports 2020 event held for approximately 7 months (July 2019 - January 2020).

that time is the same as half of the F1 racing season that has its back. But this makes sense because with so many players registering all over the world, the selection process will automatically take longer.

Also read: Official! Sebastian Vettel will retire at the end of the 2022 season - This is his farewell

Technical Requirements for participating in the F1 Esports World Tournament 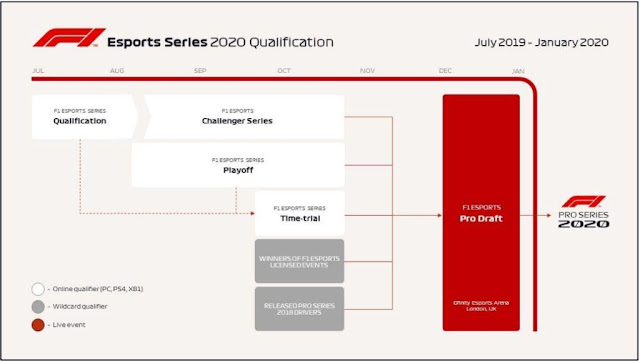 Keep in mind that these are the "main requirements" or rather technical requirements so that you can take part in the world or global f1 Esports tournament. We will not discuss in too much detail but focus on the basic things that you must fulfill if you want to enter this competition.

After passing the qualification stage or entering the Pro Draft stage. Each driver or player will be recruited by teams that also compete in real F1 races. Like the professional drivers who were contracted as team representatives in the F1 Esports competition at the live event.

At this Pro draft stage, you will only be gathered with other players who also qualify to compete in the live event. This live event will usually be broadcast live by all media channels owned by Formula 1.

What do you think? Are you able to meet the above requirements ?. Or have you ever participated in this competition? Come on! Share your experiences in the comments column!

Hopefully, this article is useful. If you have questions, please save in the comments below. Stay a wise user! #beWiseUser!

Acer,1,Adobe,7,Android,15,Apple,9,Artificial Intelligent,1,ASUS,5,Automotive,29,Biography,2,Blackberry,3,Blogging,4,Design,4,Entertainment,1,Facebook,2,Finance,13,Formula 1,11,Gadget,15,Games,41,Google,4,How to,97,Internet,5,LINE,1,Microsoft,3,News,103,PlayStation,4,Review,31,Samsung,12,Smartphone,17,Social Media,1,Software,11,Sony,5,Sponsored Content,2,TikTok,1,WhatsApp,8,Windows,4,Xiaomi,23,YouTube,15,
ltr
item
ri-Techno: Technical Requirements for participating in the F1 Esports World Tournament
Technical Requirements for participating in the F1 Esports World Tournament
Each driver or player will be recruited by teams that also compete in real F1 races. Like the professional drivers who were contracted as team representatives in the F1 Esports competition at the live event.
https://1.bp.blogspot.com/-MXTKqdGfK98/XpgWjcuafhI/AAAAAAAAIUk/_VIwOEwFRcch7unYUFKJwEsKe3sVGHMOQCLcBGAsYHQ/s640/Technical%2BRequirements%2Bfor%2Bparticipating%2Bin%2Bthe%2BF1%2BEsports%2BWorld%2BTournament%2B1.jpg
https://1.bp.blogspot.com/-MXTKqdGfK98/XpgWjcuafhI/AAAAAAAAIUk/_VIwOEwFRcch7unYUFKJwEsKe3sVGHMOQCLcBGAsYHQ/s72-c/Technical%2BRequirements%2Bfor%2Bparticipating%2Bin%2Bthe%2BF1%2BEsports%2BWorld%2BTournament%2B1.jpg
ri-Techno
https://www.ri-techno.com/2020/04/technical-requirements-for-participating-f1-esports-world-tournament.html
https://www.ri-techno.com/
https://www.ri-techno.com/
https://www.ri-techno.com/2020/04/technical-requirements-for-participating-f1-esports-world-tournament.html
true
8051170434734761451
UTF-8
Loaded All Posts Not found any posts VIEW ALL Readmore Reply Cancel reply Delete By Home PAGES POSTS View All RECOMMENDED FOR YOU LABEL ARCHIVE SEARCH ALL POSTS Not found any post match with your request Back Home Sunday Monday Tuesday Wednesday Thursday Friday Saturday Sun Mon Tue Wed Thu Fri Sat January February March April May June July August September October November December Jan Feb Mar Apr May Jun Jul Aug Sep Oct Nov Dec just now 1 minute ago $$1$$ minutes ago 1 hour ago $$1$$ hours ago Yesterday $$1$$ days ago $$1$$ weeks ago more than 5 weeks ago Followers Follow THIS PREMIUM CONTENT IS LOCKED STEP 1: Share to a social network STEP 2: Click the link on your social network Copy All Code Select All Code All codes were copied to your clipboard Can not copy the codes / texts, please press [CTRL]+[C] (or CMD+C with Mac) to copy Table of Content