Having previously been postponed out of respect for the demonstrations that were taking place in the US, SONY finally kept its promise to show the physical form of the awaited Sony PlayStation 5 game console.

In addition to the physical form or design of the PS5, the PS5 itself has been eagerly awaited by gamers around the world. The reason PS4 itself is considered to have been marketed for too long, precisely on November 15, 2013 PS4 was released to the world.

Also read: Sony PS5 teardown, even more promising after seeing the inside

For almost 7 years the Playstation has survived with its PS4, it's only natural that fans of this console game are eagerly awaiting the latest version of the PlayStation. So is it true that the PS5 design is better than the XBOX?

When viewed from the outside, the form of the PS5 does look better and more artistic than the latest XBOX consoles, but besides being artistic there are still many more considerations to be categorized as a good design.

Sony offers 2 variants of the PS5 console, the first is the PS5 Ultra HD Blu-ray disc drive version that still has a slot for gaming on DVD. the second version is the PS5 Digital Edition version which does not have a DVD slot. In addition to the DVD port, both versions have identical designs and specifications.

Design is not just appearance

In addition to appearance, the design of a product must also be functional, especially for an electronic machete-like PlayStation or XBOX. Air circulation and its ingredients must also be carefully considered.

But despite all the details that must be present in contemporary console design, it seems that the design of the Sony PS5 is getting a lot of appreciation. Especially after the number of design predictions came out for the PS5 lately, the official design of this PS5 makes everyone relieved. hehe

At the time of the release of the PS5 design, it was not clearly discussed how much the price of this PS5, but some technology websites already have a prediction price for the latest game console from Sony PlayStation.

For in the United States the prediction of the price of PS5 is in the range of $ 499 or equivalent to 7.2 million rupiahs. But for the official announcement from Sony is likely to be announced next July.

What do you think? Is the price of 7 million rupiahs worth the wait of 7 years? Hopefully, this news is useful. Stay a wise user! 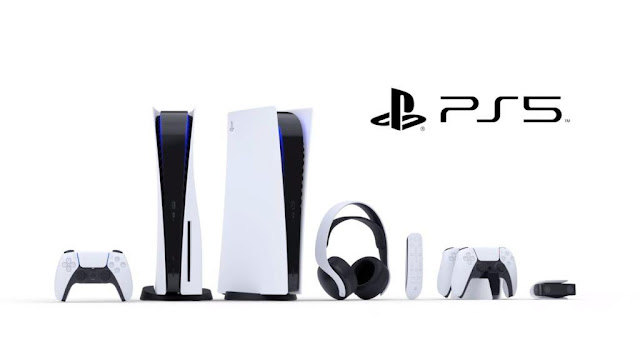