Fortnite games were removed from PlayStore and AppStore, How is it going?

0 0 2020-08-28T14:13:00+07:00 Edit this post
Fortnite was removed from PlayStore and AppStore. Fortnite was accused of deliberately "leading" players to make transactions outside the application 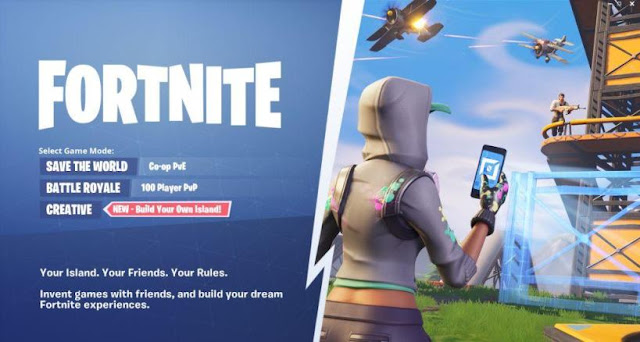 Deemed against the rules, Fortnite games were removed from PlayStore and AppStore. The game with the theme of the battle royale is considered to have violated Apple and Google's policies for applications in their respective application marketplaces.

The news about the blocking of TikTok is still not finished, now Fortnite mobile is also having problems. Even though the problems of these two applications are not related to each other, they are certainly facing quite a serious problem.

What rules were broken until Fortnite was removed from the PlayStore and AppStore?

This is alleged because Fortnite has outsmarted the transaction system so that Apple and Google don't get the fee or discount they should get from every transaction made.

With transactions outside the application, Apple and Google automatically cannot claim their share.

Apple and Google did not remain silent, the Fortnite mobile game was considered to be in violation of the rules because it deliberately led to transactions outside the application to avoid sharing with Google and Apple.

Apple and Google apply a 30 percent discount policy for every transaction made in apps/games uploaded on their respective app markets. It seems that Fortnite has a different idea, and thinks the cut is unfair to developers.

Can Fortnite games still be played on iOS and Android?

The answer is yes. For iOS (iPhone) smartphone users who have installed the Fortnite game application before this application is blocked on the AppStore, they can still play this game as usual. However, it cannot receive the latest updates, including the upcoming season pass.

For those who haven't had the chance to install, it is rumored that they won't be able to play because Apple has blocked the application from being installed on Apple products (until an indefinite time).

For those of you who are Android users, you can still play this game, but to get updates it seems you have to do a manual install directly from the Fortnite website.

For those of you who haven't had the chance to install it, you can still install this Fortnite game. You have to do a manual install and download the installation (apk) file from the Fortnite website, then install it independently on your Android phone.

After Apple blocked the Fortnite app, it didn't take long before Fortnite reacted by making a satire video for Apple. In the video, Fortnite is clearly insinuating that Apple is trying to monopolize the business.

It seems that Fortnite will also react to Google's move to block their application just like Apple. We will see later.

Not only that, it was reported by The New York Times that EPIC, the developer of Fortnite mobile, was also reported to have officially filed a lawsuit against Apple and Google after they blocked the Fortnite application in their respective marketplaces.

It seems that this problem will not just subside, with Fortnite's serious steps to make this claim, it seems that the path of peace is still vague.

Hopefully this problem will have a solution for all parties, because it cannot be denied that all parties also depend on each other.

Hopefully the information about the Fortnite game released from the PlayStore and AppStore is useful. Remain a wise user! #beWiseUser!