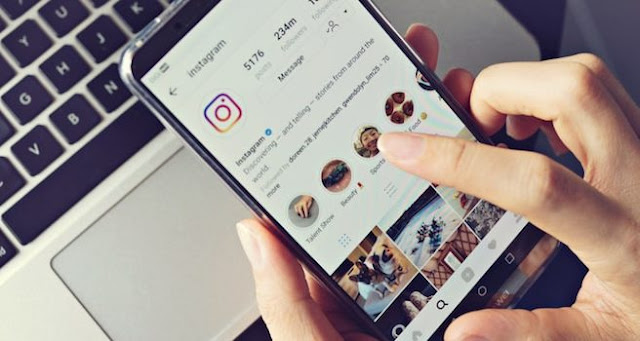 Yup! It seems like Facebook is always in trouble when it comes to user privacy. This time they were accused of using the cameras of Instagram users illegally or secretly. This news has also spread in the media circles, including general media such as the Daily Mail, Bloomberg, and Business Insider.

In an article in Bloomberg, this lawsuit was filed by an Instagram user named Brittany Conditi in the San Francisco, New Jersey section of the court. In his demands, Brittanny said that Facebook through the Instagram application uses the user's cellphone camera to get valuable data from Instagram users.

In the article, it was also stated that Facebook deliberately collected confidential data from Instagram users secretly.

So how did this start? then who discovered this illegal activity assigned to Facebook?

Some time ago, an iPhone user shared a screenshot where there was a sign that the camera was actively recording even though what he was doing was looking at 'scrolling' photos/videos on the Instagram application.

At that time, Facebook denied this and argued that it was due to a bug or error in the system on the iPhone with its latest software, iOS 14. Facebook said that the camera would only be active if the user who activated it, could not be automatic as alleged.

Another time, a user named Twitter named KevDov shared a screenshot showing that the camera on his iPhone was active and recording.

'Casually browsing Instagram when suddenly the new iOS 14 camera/microphone indicator comes on. Then the control panel ratted out the app behind it. This is going to change things, '-KevDov on his Twitter.

While browsing Instagram, suddenly the camera/microphone indicator appears and is active. Then the control panel shows what application is currently using it (Instagram). This will change a few things, -KevDov

It is known that the latest update from the OS for the iPhone iOS 14 has a feature that can show whether the camera or microphone is actively being used, by turning on the orange indicator on the LED which is usually used for notifications.

Also read: Facebook is accused of spying on Instagram users by secretly accessing their smartphone CAMERAS for 'market research'

What do you think? should we stop using Instagram ?. In general, the issue of privacy or user data security has existed since the popularity of social media applications. It looks like we have to start with us first, who have to be careful in sharing or using applications, whatever it is.

Hopefully, this article is useful. If you have any questions or opinions, please save them in the comments column below. Remain a wise user! #beWiseUser!