Sony PS5 was dismantled, even more promising after seeing the Inside

Teardown videos or disassembly of electronic devices are no longer strange, many YouTubers have done it like JerryRigEverything and other YouTubers. But what if the loading and unloading videos are done by the producers themselves?

Yup! Maybe Sony also wants to adapt to today's climate and buying culture. One of them is, they want to see first how the contents and spare parts of the gadget they want to buy. And Sony also looks very confident in showing every component in this PlayStation 5.

In the video, it was not just anyone who did the teardown, Yasuhiro Ootori as Vice President, Mechanical Design Dept., Hardware Design Division, Sony Interactive Entertainment.

Tutorial on changing positions and covers

Not only showing the spare parts or machines on the PS5 but in this video, Sony also provides a tutorial on changing the PS5 position from standing (vertical) to supine (horizontal). At the beginning of the video, you can see Yasuhiro Ootori removing the PS5 holder, and attaching it to another part so that the PS5 can be stored in the supine or horizontal position that was originally standing (vertical).

With this convenience, there is an opinion that there will be many 'casing' companies selling these covers but with various designs. Like the cover design or HP protector, which currently has a lot of designs.

The Sony PS5 was dismantled, even more promising after seeing the contents

Yup! From the title alone "PS5 Teardown" it can be seen that Sony is very proud of its development results over the last few years. And from my glimpse of the spare parts shown, this PS5 will really give a much better performance than its predecessor, the PS4.

It has been predicted by many observers that the use of hard disk drives on consoles is no longer relevant because games today are very demanding with performance, especially loading speed and display or graphics.

Sony uses a custom 825GB SSD for system and storage. In addition, Sony is preparing an NVMe SSD slot for users who want to increase memory capacity.

For computer or laptop users who have used HDD and SSD, they must already understand how the difference is. SSD performance is many times faster when compared to the speed of the Hard disk drive used on PS4.

Previously, I also never imagined that the fan size on the PS5 would be that big because the thickness is almost the same as the overall thickness of the PS5. This large fan size turns out to compensate for the heatsink size which is also very thick and large.

if divided by volume, heatsink and fan on the PS5 are the spare parts that take up the most space. However, this also shows that the cooling or cooling system for the PS5 is very reliable.

With a large cooling capacity, of course, it can support engine performance to be able to work at its maximum. The heavier the engine works, the engine temperature will also increase, that's where the cooling system is needed.

We just hope that with the size of the fan it doesn't make too much noise. As we know, many PS4 users complain about the annoying fan noise while they are playing, especially when playing at 4K resolution.

From the unloading video of the PS5, it is also known the specifications of this latest game console from Sony. Here is the complete list.

In addition to specifications, the PS5 price has also been officially announced, for a version with an optical drive priced at $ 499 or 7.3 million rupiah. and for the digital version, it costs $ 449 or 6.6 million rupiah. This price does not include tax.

What do you think? Does seeing the PS5 dismantle by the experts convince you? Hopefully, the information regarding the PS5 Teardown video or PS5 loading and unloading is useful. Remain a wise user! #beWiseUser! 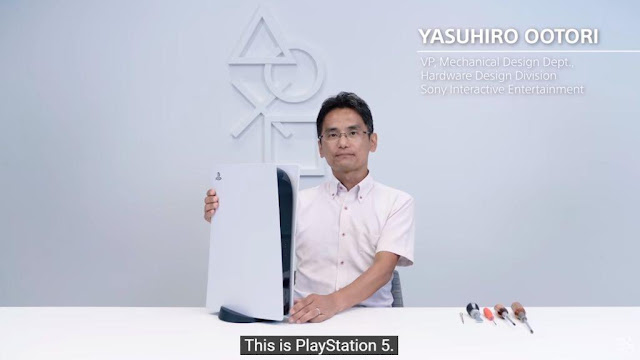