0 0 2020-06-12T16:14:00+07:00 Edit this post
In the design that is in the PS 5 controller image this symbol looks microphone and LED lights below. In general, if the LED lights up, the mic is active and you can directly talk with the voice leading to the stick / controller.
At the previous live event, PlayStation fans must be disappointed because they did not get a single image or PlayStation 5 console design. But it seems to be a little relieved because PS5 sticks were officially introduced by PlayStation and named DualSense Wireless Controller.

Although clearly written "wireless controller" this PS5 Official stick can still use a cable if you run out of battery. USB Type-C port has been prepared for a wired connection (using cable).

It's a little different from the name of its predecessor on the PS4 stick, DualShock. Although it does not differ much in terms of name, it looks like this new controller stick has some additional new features that have been eagerly awaited by the players, one of which is the built-in microphone.


DualSense (call for PS5 sticks) comes with a built-in mic inside the controller, so you don't have to bother using a headset to be able to talk/communicate with your opponents online.

In the design that is in the PS5 stick image this symbol looks microphone and LED lights below. In general, if the LED lights up, the mic is active and you can directly talk with the voice leading to the stick/controller.

Even so, in its official release, the built-in mic is intended for instant conversation. For the use of a mic for a long time, Sony still recommends using a headset as before for comfort during play.

DualSense also adds a built-in microphone array, which will enable players to easily chat with friends without a headset - ideal for jumping into a quick conversation. But of course, if you are planning to chat for a longer period, it's good to have that handy headset.

In addition to the microphone feature that can be directly used, another new feature on the PS5 stick is the 'New adaptive trigger'. I think this is a feature that will provide a different experience from previous PlayStation sticks.

This new feature allows the 'trigger' buttons L2 and R2 to be able to adjust the level of resistance or strength based on the game being played. For example, when you play archery games, the trigger button will feel heavier / harder when used. This adjusts to the severity of the bow when drawn like in the real world.

Also read: Sony PS5 teardown, even more promising after seeing the inside

The Sony PlayStation also said that the new designs were chosen from the hundreds of designs they had made over the past few years after the PS4. The choice of two white and black colors has also been carefully considered because usually they only use one color.

What do you think? Does the DualSense Wireless Controller display already illustrate the new technology that will be in the Playstation 5 game console?

Hopefully, this article about PS5 sticks is useful. If you have questions or opinions, please save in the comments column! Stay a wise user! #beWiseUser! 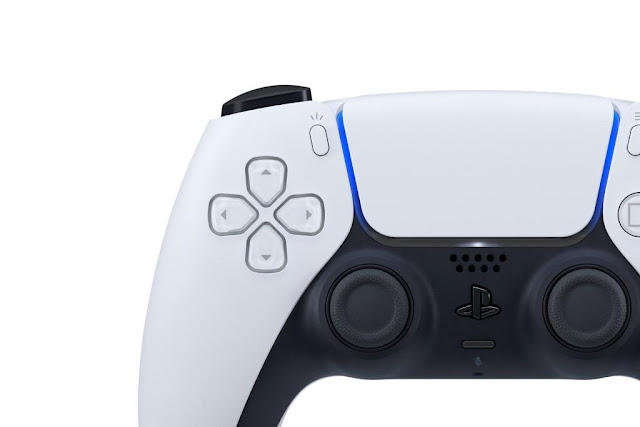