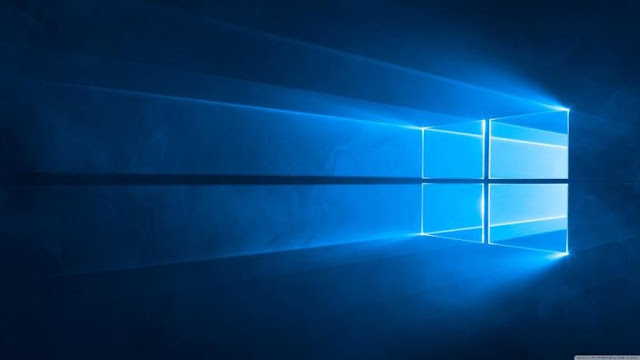 Here is how to install and use Windows Picture Manager in Windows 10. In general, on Windows 10 these applications or programs that are often used to edit photos somehow disappear from the menu options >Open With. Especially after updating Microsoft Office to the 2013 version, the application can no longer be found. Then how is the solution?

Users of Windows 7 must be very familiar with the Windows Picture Manager application or program especially for those who often do (basic) image editing like crop, compress, white balance, coloring, etc.

The Windows Picture Manager (WPM) program is a built-in software from the Microsoft Office package, so when we install Microsoft Office on the computer then the WPM app will also be installed automatically, except with advanced settings may be possible (to uninstall).

Also read: How to turn off Autocorrect in Corel Draw - Change THE to TEH

Although the features provided are standard or even basic editing features, but it seems that this program is still have many active users, as evidenced when the program is removed from Microsoft Office updates to the 2013 and 2016 versions many people are looking for information to get the program back, to stay using the Windows Picture Manager application.

How to Install and Use Windows Picture Manager in Windows 10

Here's how to install and reuse Windows Picture Manager in Windows 10 or in the latest Microsoft Office.

There are 2 different way that you can choose and the concept of both ways is to use Microsoft applications that still have the Windows Picture Manager application in it, and the outcome is to install the WPM application only.

Also read: How to Add Gridlines in Premiere Pro Like in Camera 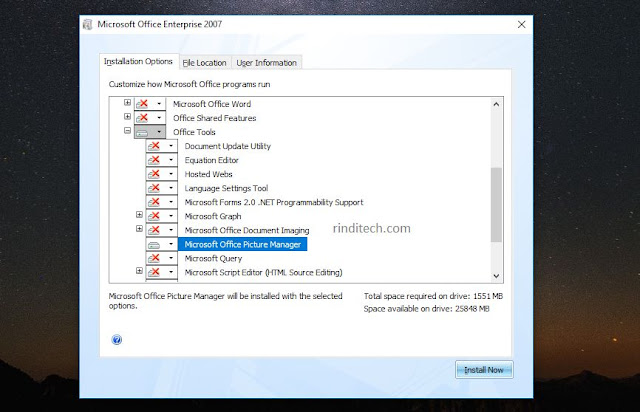 After the application is finished the installation of the program that we select above, then the Windows Picture Manager application can be instantly used without having to restart the computer first. But if the option "Open with .." still do not find the WPM option, it is advisable to restart the computer / laptop right after the installation finished.

The second tutorial is almost similar to the first way, just using a different media or application. On this tutorial we do not have to use the Installation files of Ms. Office version 2007 or 2010, we just need to run the Ms. Office SharePoint Designer program that we can get for free from the official Microsoft page. 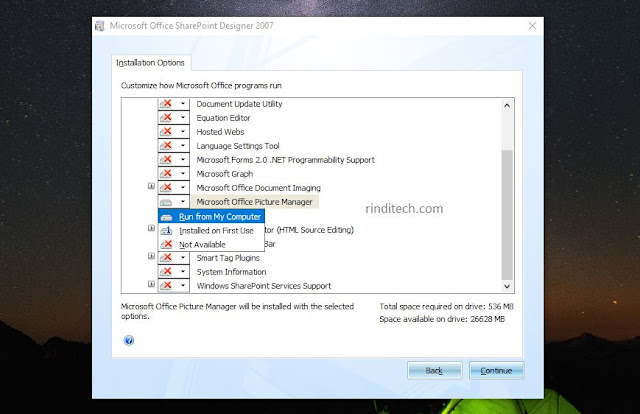 After we click the >Continue button then the application will install the Windows Picture Manager program only on the computer because we allow installing only WPM applications only at the settings in step-4 and 5 above.

Similar with the Tutorial 1, this tutorial will also provide results instantly without having to restart after the install process is complete. But if the application is still cannot be found in the "Open with .." on the right-click menu, it is advisable to restart the computer first.

Actually we can still edit photos or images without using Windows Picture Manager, yup! Particularly in Windows 10 we can edit the image through the standard Windows app image viewer (Photos).

If we open the image via the default Windows Photos app we will find the "Edit" option in the tools bar section. In the Edit feature there are almost identical features that exist in WPM.

Do you have any experience or questions about Windows Picture Manager?

Acer,1,Adobe,7,Android,15,Apple,9,Artificial Intelligent,1,ASUS,5,Automotive,29,Biography,2,Blackberry,3,Blogging,4,Design,4,Entertainment,1,Facebook,2,Finance,13,Formula 1,11,Gadget,15,Games,41,Google,4,How to,97,Internet,5,LINE,1,Microsoft,3,News,103,PlayStation,4,Review,31,Samsung,12,Smartphone,17,Social Media,1,Software,11,Sony,5,Sponsored Content,2,TikTok,1,WhatsApp,8,Windows,4,Xiaomi,23,YouTube,15,
ltr
item
ri-Techno: How to Install and Bring Back Windows Picture Manager on Windows 10
How to Install and Bring Back Windows Picture Manager on Windows 10
Here is how to install and use Windows Picture Manager in Windows 10
https://blogger.googleusercontent.com/img/a/AVvXsEiR1E0SXq7NvRycEj1jFu6Q7Jo3c8iOe_wF5SF9Wlksg9mmdOzCIaok1OxtwRG4-gdcoiKtCaem67PkAQWjfwc3OVdXu3ft4RVTZ11ZDzRYuAekE97ecfjVvoqcqIDYYGM5FjQqktyQSiekKT_gVFubLe3T-7jvZYPA0-BZ9wxmTLBbJ1_2h06mnoMK=w640-h360
https://blogger.googleusercontent.com/img/a/AVvXsEiR1E0SXq7NvRycEj1jFu6Q7Jo3c8iOe_wF5SF9Wlksg9mmdOzCIaok1OxtwRG4-gdcoiKtCaem67PkAQWjfwc3OVdXu3ft4RVTZ11ZDzRYuAekE97ecfjVvoqcqIDYYGM5FjQqktyQSiekKT_gVFubLe3T-7jvZYPA0-BZ9wxmTLBbJ1_2h06mnoMK=s72-w640-c-h360
ri-Techno
https://www.ri-techno.com/2017/11/how-to-install-bring-back-windows-picture-manager-windows-10.html
https://www.ri-techno.com/
https://www.ri-techno.com/
https://www.ri-techno.com/2017/11/how-to-install-bring-back-windows-picture-manager-windows-10.html
true
8051170434734761451
UTF-8
Loaded All Posts Not found any posts VIEW ALL Readmore Reply Cancel reply Delete By Home PAGES POSTS View All RECOMMENDED FOR YOU LABEL ARCHIVE SEARCH ALL POSTS Not found any post match with your request Back Home Sunday Monday Tuesday Wednesday Thursday Friday Saturday Sun Mon Tue Wed Thu Fri Sat January February March April May June July August September October November December Jan Feb Mar Apr May Jun Jul Aug Sep Oct Nov Dec just now 1 minute ago $$1$$ minutes ago 1 hour ago $$1$$ hours ago Yesterday $$1$$ days ago $$1$$ weeks ago more than 5 weeks ago Followers Follow THIS PREMIUM CONTENT IS LOCKED STEP 1: Share to a social network STEP 2: Click the link on your social network Copy All Code Select All Code All codes were copied to your clipboard Can not copy the codes / texts, please press [CTRL]+[C] (or CMD+C with Mac) to copy Table of Content