0 0 2019-06-25T01:30:00+07:00 Edit this post
Surprisingly, this under display camera technology was officially introduced by new players such as Xiaomi and OPPO. Samsung is still at home with a 'hole' solution on the screen as well as Apple which is famous for its 'bangs'.
Xiaomi and OPPO announced their latest technology, at about the same time. Namely the Under Display Camera technology that allows smartphone manufacturers to store the front camera below the screen.

Yes! Finally we no longer need to be disturbed by the front camera which sometimes disturbs the view when operating a cellphone. Especially if the camera is in the area of ​​the mobile screen such as bangs or black holes at the top of the screen that cannot be removed when not in use.

Actually the producers have offered several solutions and have been practiced on their latest products for the placement of the front camera. This is a challenge because the front camera position inside the screen area is very disturbing and has an effect on user experience.

User Experience or user experience has always been a priority that all handphone manufacturers always repeat from starting big players like Apple and Samsung to new manufacturers like Xiaomi or OPPO.

Actually, some well-known brands have provided solutions for the location of a disruptive front camera (other than under display camera), starting from cameras that can go in and out at the top or commonly called pop-up cameras, until additional screens on the back of the cellphone can be selfie rear camera.

Technological developments are increasingly rapid as well as minimal user experience standards. In the past we were satisfied with a 4 inch screen, now the 6 inch screen feels less big. it's just from the screen, it hasn't discussed network quality, RAM capacity, processor etc.

Including from the front camera, there were only a few cameras that had a front camera. Then expect a good front camera quality, now we are concerned about the location it feels disturbing when not in use.

Under Display Camera Technology from Xiaomi and OPPO

Surprisingly, this under display camera technology was officially introduced by new players such as Xiaomi and OPPO. Samsung is still at home with a 'hole' solution on the screen as well as Apple which is famous for its 'bangs'.

This technology was first introduced by Xiaomi and OPPO. But most likely all smartphone manufacturers, including Apple and Samsung, will definitely lead to similar technology and development.

Before Xiaomi and OPPO introduced under display camera, this technology was actually predicted to be coming soon. The placement of the camera behind the smartphone screen has become an open secret as a solution for front camera placement in the future.

But it used to be a mystery, who would first introduce it. Now that we know, Xiaomi and OPPO are ready to apply this under display camera technology to their next products.

We believe that Samsung, Apple and other manufacturers have begun to develop this technology for their next products. But it seems they don't want to rush to introduce it.

Then, who became the first manufacturer to really sell this technology on the device officially? We will see later.

Secrets are not in Camera Technology

But in other modes (camera) the screen functions like ordinary transparent glass. So, the camera located below the screen can capture images behind the screen like nothing is blocked.

The application potential is very broad
This technology under display camera is believed to be the door to other possibilities. Not only on smartphones, but camera technology below this screen can also be applied to other devices such as TVs, monitors, laptops etc.

Maybe after our smartphone will also immediately see a laptop with a camera that is also placed behind the screen. Similarly, with a monitor or smart TV screen, we can do face time or video calls directly through the camera behind the TV screen, no need for additional cameras.

And there are many more devices that can be applied under this camera display application. The question is, are we as users ready to accept this technology? or even still groping?

Stay wise in every use of your gadgets. #beWiseUser!

Review Xiaomi Notebook Mi Air 13 Full Specifications
How to Safely Eject/Remove Flashdisk OTG on Android Phone
How to Easily Record your Desktop Screen with its Audio
How to Use Split Screen on Your Xiaomi Phone
How to Use FACE ID Recognition on Xiaomi Phone (Face Unlock)
How to Open WhatsApp On Desktop or Computer Without Install
How to Watch Movie with Subtitle Text Translate on Your Phone
How to Make Bold, Italic, Strikethrough on WhatsApp Chat (Even Combination) 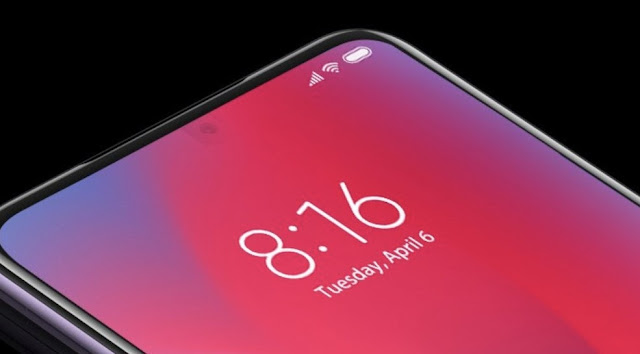 Acer,1,Adobe,7,Android,15,Apple,9,Artificial Intelligent,1,ASUS,5,Automotive,29,Biography,2,Blackberry,3,Blogging,4,Design,4,Entertainment,1,Facebook,2,Finance,13,Formula 1,11,Gadget,15,Games,41,Google,4,How to,97,Internet,5,LINE,1,Microsoft,3,News,103,PlayStation,4,Review,31,Samsung,12,Smartphone,17,Social Media,1,Software,11,Sony,5,Sponsored Content,2,TikTok,1,WhatsApp,8,Windows,4,Xiaomi,23,YouTube,15,
ltr
item
ri-Techno: Under Display Camera - The Real Future Technology
Under Display Camera - The Real Future Technology
Surprisingly, this under display camera technology was officially introduced by new players such as Xiaomi and OPPO. Samsung is still at home with a 'hole' solution on the screen as well as Apple which is famous for its 'bangs'.
https://1.bp.blogspot.com/-uNsSQx7s2wE/XRDG3qzo1ZI/AAAAAAAAGS0/MwUrLzH8M3IgK76-SXbkbZTB9yza1ikIgCLcBGAs/s640/Under%2BDisplay%2BCamera%2B-%2BThe%2BReal%2BFuture%2BTechnology%2B.jpg
https://1.bp.blogspot.com/-uNsSQx7s2wE/XRDG3qzo1ZI/AAAAAAAAGS0/MwUrLzH8M3IgK76-SXbkbZTB9yza1ikIgCLcBGAs/s72-c/Under%2BDisplay%2BCamera%2B-%2BThe%2BReal%2BFuture%2BTechnology%2B.jpg
ri-Techno
https://www.ri-techno.com/2019/06/under-display-camera-real-future-technology.html
https://www.ri-techno.com/
https://www.ri-techno.com/
https://www.ri-techno.com/2019/06/under-display-camera-real-future-technology.html
true
8051170434734761451
UTF-8
Loaded All Posts Not found any posts VIEW ALL Readmore Reply Cancel reply Delete By Home PAGES POSTS View All RECOMMENDED FOR YOU LABEL ARCHIVE SEARCH ALL POSTS Not found any post match with your request Back Home Sunday Monday Tuesday Wednesday Thursday Friday Saturday Sun Mon Tue Wed Thu Fri Sat January February March April May June July August September October November December Jan Feb Mar Apr May Jun Jul Aug Sep Oct Nov Dec just now 1 minute ago $$1$$ minutes ago 1 hour ago $$1$$ hours ago Yesterday $$1$$ days ago $$1$$ weeks ago more than 5 weeks ago Followers Follow THIS PREMIUM CONTENT IS LOCKED STEP 1: Share to a social network STEP 2: Click the link on your social network Copy All Code Select All Code All codes were copied to your clipboard Can not copy the codes / texts, please press [CTRL]+[C] (or CMD+C with Mac) to copy Table of Content