Samsung Galaxy Note 10, There is a Gradient Color!

0 0 2019-07-15T18:00:00+07:00 Edit this post
After all, the prospective buyers of this Samsung Galaxy Note 10 must be the middle class, buying quality wireless earphones doesn't seem to be a problem. hehe
Here is a leaked photo of the Samsung Galaxy Note 10 that we got from two trusted main sources. The smartphone series from Samsung is indeed awaited one. How does it look? What are the color choices? Then what are the advantages?

After Samsung introduced the HP or Galaxy S series smartphone, it is usually followed by the introduction of the Samsung Galaxy Note smartphone. Every year is always like that, as well as in 2019.

After last February Samsung introduced its premium smartphone, the Galaxy S10 series. Now technology observers are ready - ready to discuss and dismantle their eternal partner, the Galaxy Note 10. How does it look? the specifications? How much it costs?

As we explained, we got photos of Samsung Galaxy Note 10 from two reliable sources.

The two sources are Ishan Agarwal (MySmartPrice) and Roland Quandt (WinFuture). Both are contributors in their respective jobs. Even large media such as The Verge and cNet also get these pictures or photographs from these two sources.

The 'now' color that remains elegant

In the color section, it is very obvious that Samsung does not turn a blind eye to the current trends. Call it Huawei, Realme, and Vivo, which have offered a variety of color gradient /gradations in several smartphone types that are now on the market.

Samsung wants to keep their flagship smartphone looking elegant and charming. Very understandable because the article Galaxy Note series is targeting the users from the middle-upper class, where the smartphone is also a symbol of social status and pride.

It is also believed to be Samsung's 'selling material' to introduce the Galaxy Note 10. Some time ago Samsung showed the ability of their new wireless charger, which reached 20 watts.

Previously Samsung was only able to touch 10-15 watts for their wireless charging capabilities. With the achievement of 20 watts, the Samsung Galaxy Note 10 smartphone is able to charge about 30% faster than the previous generation of chargers.

It is still unclear whether the Stylus Pen on the Samsung Galaxy Note 10 can also be charged via wireless charging or not. To be sure, the ability of fast wireless charging will be considered by prospective buyers.

Unlike its predecessors - predecessors that are always full of features. The Samsung Galaxy Note 10 is not expected to have audio ports.

Several years ago the headphone jack (audio port) on a smartphone was still included as 'mandatory' but now it seems that the trend has shifted. Currently there are many manufacturers who no longer provide audio ports on smartphones, they rely more on wireless connections.

Now, with so many wireless earphones or headphones sold on the market, it seems that Samsung can not provide a 'plug-in' feature for headsets.

After all, the prospective buyers of this Samsung Galaxy Note 10 must be the middle class, buying quality wireless earphones doesn't seem to be a problem. hehe

Hopefully this article is useful. If you have an opinion about this Samsung Galaxy Note 10, please save it in the comments column! Stay a wise user! #beWiseUser!

More Interesting Articles from ri-techno.com:
Acer Predator Helios 700 with Keyboard Slide and RTX 2080
ASUS Zenbook Pro Duo - Laptop For The Professional
Price of the Spotify Service Might Increase
Review Xiaomi Notebook Mi Air 13 Full Specifications
Under Display Camera - The Real Future Technology
How to Safely Eject/Remove Flashdisk OTG on Android Phone
Sony Xperia 10 Plus - Cinematic Video with Perfect Ratio
How to Easily Record your Desktop Screen with its Audio
How to Open Telegram Account on your Desktop /PC
How to Use Split Screen on Your Xiaomi Phone
How to Open WhatsApp On Desktop or Computer Without Install
How to Watch Movie with Subtitle Text Translate on Your Phone
How to Make Bold, Italic, Strikethrough on WhatsApp Chat (Even Combination) 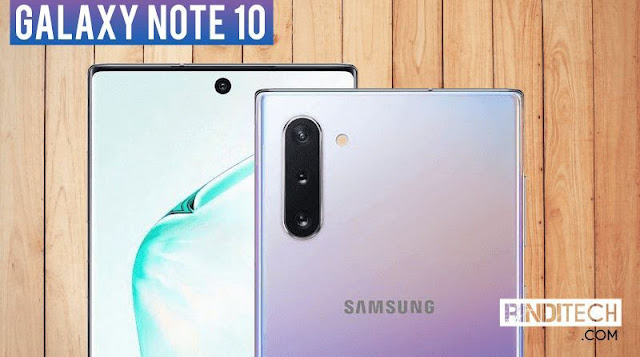